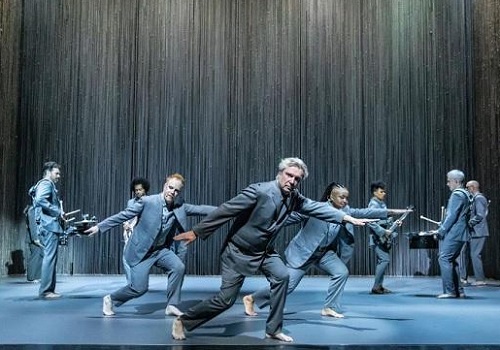 While Broadway may have officially “re-opened” a few weeks ago, theatergoers are particularly excited about what’s happening this week, as one new show and six returning shows make their way to the Great White Way.

On September 14, Ruben Santiago-Hudson acclaimed autobiographical solo show, “Lackawanna Blues,” begins previews at Manhattan Theatre Club’s Samuel J. Friedman Theatre (in anticipation of a September 25 opening). That same night, four blockbusters are back on the block: “Hamilton” comes back to the Richard Rodgers Theatre; “The Lion King” lands again at the Minskoff Theatre, “Wicked” finds it’s good to be (back) home at the Gershwin Theatre; and the long-running hit “Chicago” kicks up it heels at the Ambassador Theatre.

Then on September 17, the Tony Award-winning sensation “David Byrne’s American Utopia” finds itself in some heavenly new digs, the St. James Theatre, while the mega-popular “Six” make a royal return to the Brooks Atkinson Theatre.

Curtains up, light the lights!